North India is home to some of the gorgeous looking natural locations in the world that just makes you feel alive. The Indus-Gangetic Plain and the Himalayas dominates the geographical features of North India lying mainly on north of peninsular India. The tropical evergreen and montane vegetation of North India houses some of the glorious flora and fauna. For all you animal lovers out there, Corbett National Park, Bharatpur Bird Sanctuary, Vikramshila Gangetic Dolphin Sanctuary, Kalesar National Park and plenty other national parks that houses different species of flora and fauna is situated in North India. Zhanskar Valley is an enormously vast land with pale or brown topography perhaps because less rainfall reaches out here but with uniquely glowing beauty.

Ladakh extend from the Himalayan to the Kunlun and is the highest plateau in India. It includes about a half dozen of deep Himalayan valleys, series of amazing famous monasteries, lakes, dunes, high passes, etc. Alpine Exodus invites you to explore these amazing places specially targeting Zhanskar Valley Trek and Le-Ladakh. 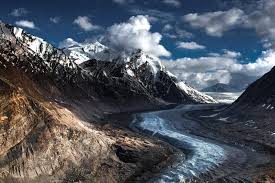 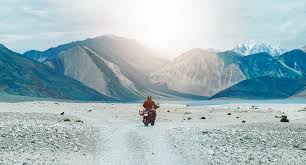 This is more a tailored itinerary. But it visits every single attraction of the region. It includes about a half dozen of deep Himalayan valleys, series of amazing famous monasteries, lakes, dunes, high passes etc.