Tibet is located on the Tibetan Plateau famously known as the world’s highest region. Due to this fact, it is often called the roof of the world. Tibet is home to ethnic groups like Monpa, Tamang, Qiang, Sherpa and Lhoba people. Tibet holds some of the tallest mountains in the world, one of which is a part of Mount Everest which it shares with its neighboring country Nepal. Alpine Exodus offers trip to the mythical Lhasa city and the northern side of Mount Everest base camp. Due to its heavy abundance in water resources and its height, Tibet is also known around the world as the ‘Water Tower of Asia’. Tibet is home to some of the exotic hills and Himalayas that truly reflect the nature’s beauty.

The climate is pleasant with western passes receiving small amounts of fresh snow each year. The snowy mountains, friendly hospitality of the locals, also the home to the yeti make up an unbelievable sight that can be considered as an experience of a lifetime. Tibet is rich in culture and its influence can be seen in Bhutan, Nepal and some regions of India. Mount Kailash, one of the tallest mountains is near to the Indus and Brahmaputra rivers which serve as a holy site for the Hindus and Tibetan people. Alpine Exodus offers trips to Mount Kailash and gives you a chance to experience these amazing locations, the most notable being Mount Kailash as it is said the Hindu God ‘Lord Shiva’ resides there with his family. 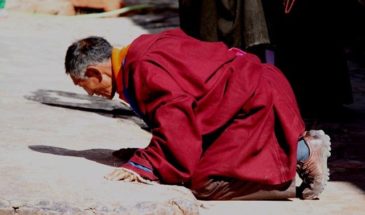 This trip is a complete exploration of the mythical Lhasa city as well as the Yeti’s favorite home – the site of Mt. Everest Base Camp, the north side in Tibet.